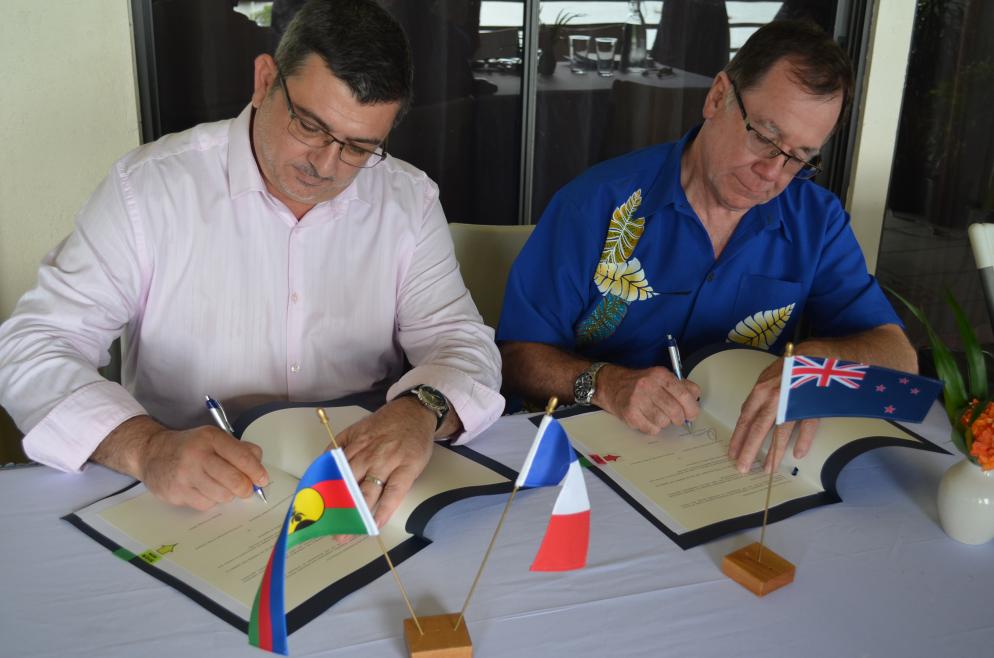 New Caledonia is New Zealand’s closest neighbor which explains the strong links between the two countries, further strengthened by the nomination of the first New Caledonian Representative in New Zealand, in November 2012, which marks the birth of New Caledonia’s diplomatic network in the Pacific.

In addition to the strengthening of the bilateral political dialogue, which lead to  8 visits (Government, Provinces, Customary, Senate) coordinated  during a 4 year period (2013-2016) by the delegate, bilateral cooperation actions are focused on four sectors:

The main focus of New Caledonia’s representative in Wellington is the implementation of the New Caledonia-New Zealand Joint Cooperation Plan, signed on 10 September 2016, which defines the framework and the objectives of bilateral trade relations while privileging economic partnerships. It covers the Economy and Trade (construction, standards, biosecurity, and tourism), Education, Health, Sports, the Environment as well as Research and Innovation.