A special ministerial meeting of the Association of the Overseas Countries and Territories (OCTA) associated with the European Union (EU), took place by video conference under the chairmanship of New Caledonia for the second time. The main objective of this high-level dialogue was to adopt the new OCTA strategy for the period 2021-2027.

New Caledonia has held the presidency of OCTA since December 2020. A forum for exchanges between the Overseas Countries and Territories (OCTs) that share common concerns, the association's role is also to bring their voices to the highest European authorities.  President Louis Mapou chaired the ministerial meeting held on December 1. It took place under a new configuration, due to the resignation of the British territories in June 2021 after  Brexit. Thirteen delegations were invited to participate in the exchanges instead of 22. "Our association must find a new lease of life following the departure of the British OCTs, and begin its transition in a new format by integrating the essential values of cooperation and solidarity," Louis Mapou declared in opening the meeting. 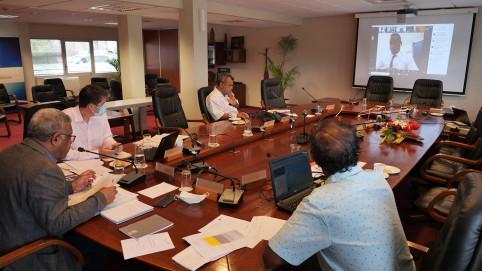 thirteen delegations were invited to participate

One of the main items on the agenda was OCTA's strategy for the period 2021-2027. Developed in close consultation by the members of the association, with contributions from the three OCT-related states - France, Denmark and the Netherlands -, the European institutions and other external partners, this new roadmap is built around three pillars: policy dialogue and governance, communication and capacity building, and cooperation in strategic areas. Thus, OCTA's activities will be refocused on green and blue growth, regional cooperation and integration, and youth and culture. The President of the Government stressed "the excellent work of designing the strategic plan 2021-2027 which will allow us to consolidate our relationship with the European Commission. It also offers new opportunities for exchanges with EU Member States for the development of all the archipelagos and populations of the European OCTs.

The 2021-2027 strategy was unanimously adopted. In addition, the delegations agreed on the revision of the annual contributions to maintain a budget that meets the ambitions of the new strategic plan. But also to show the political commitment of the OCTs. On this basis, discussions will begin with the European Commission on the continuation of the EU operational grant* from which the association has benefited since 2018, for an annual amount of approximately 66 million francs (550,000 euros). 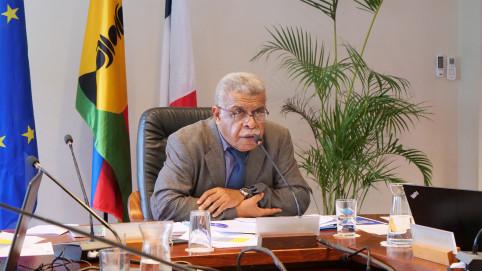 The President of the Government called for "caution regarding the evolution of the health crisis which is not over yet."

A next meeting in New Caledonia

Due to the health crisis, the delegations met for the fourth time via videoconference.  The next OCTA meeting, scheduled in person, should be held in New Caledonia in the first half of 2022 in conjunction with the annual EU-OCT Forum.